The island is located in the boreal hemisphere of the planet. It is a pretty big island of about 750 regions. The Tjars that flows along its coast is used by a lot of boats, turning the island of Insularyuu in a well known place for these boats to stopover.

Alep growing in the diminiar fields of the island and crystals from the Dencrag Abyss are the main economic resources of the island. Also, wood from the Middle Land Forest moves down on the Azur River toward Akyon, and is then sent all over the planet by ships from the Orne Harbour. Last, that harbour is a well known place for ships to stopover for maintainance and repairs.

Harbour town where marines and forestry workers live. It is known to be a town of everyday fights between these rough workers.

Stopover for ships before they cross the next ocean, this place is separated from the rest of the island by tall sharp mountains. This natural border turned this land into an almost independent part of the island, often in conflict against the capital, Esturia.

Main town of the island and its capital, this place is known to be almost unattackable thanks to its fortifications.

Harbour town at the Diminiar part of the island, selling a long of food from the Alep fields along with crystal from the other side of the Dencrag Abyss.

Boréas town of the island, it is a place for forestry workers and explorer that seek for treasures in the Tjars Mountains nearby. It is also a place for robbers of these treasures, and scammers who failed to find anything in these mountains. The town often exile some of these out of law creatures, and then they haunt the places around.

See the article about the Dracquints' lair.

This sea current streams from Kryzus to the Orne Harbour. Ships can then quickly reach the boreal coasts of the next island Freuzanyu, or keep sailing toward the Spray Bay and leave Insularyuu's coasts to cross the ocean. The Tjars current is so strong that no ship can go back up this stream, so they have to find another water path, either at the Boréas of Freuzanyu, or at the Suttas of Insularyuu, crossing the Mirrors' Sea.

Favorite place of Sileya, it spreads across the Boréas coast of the island. 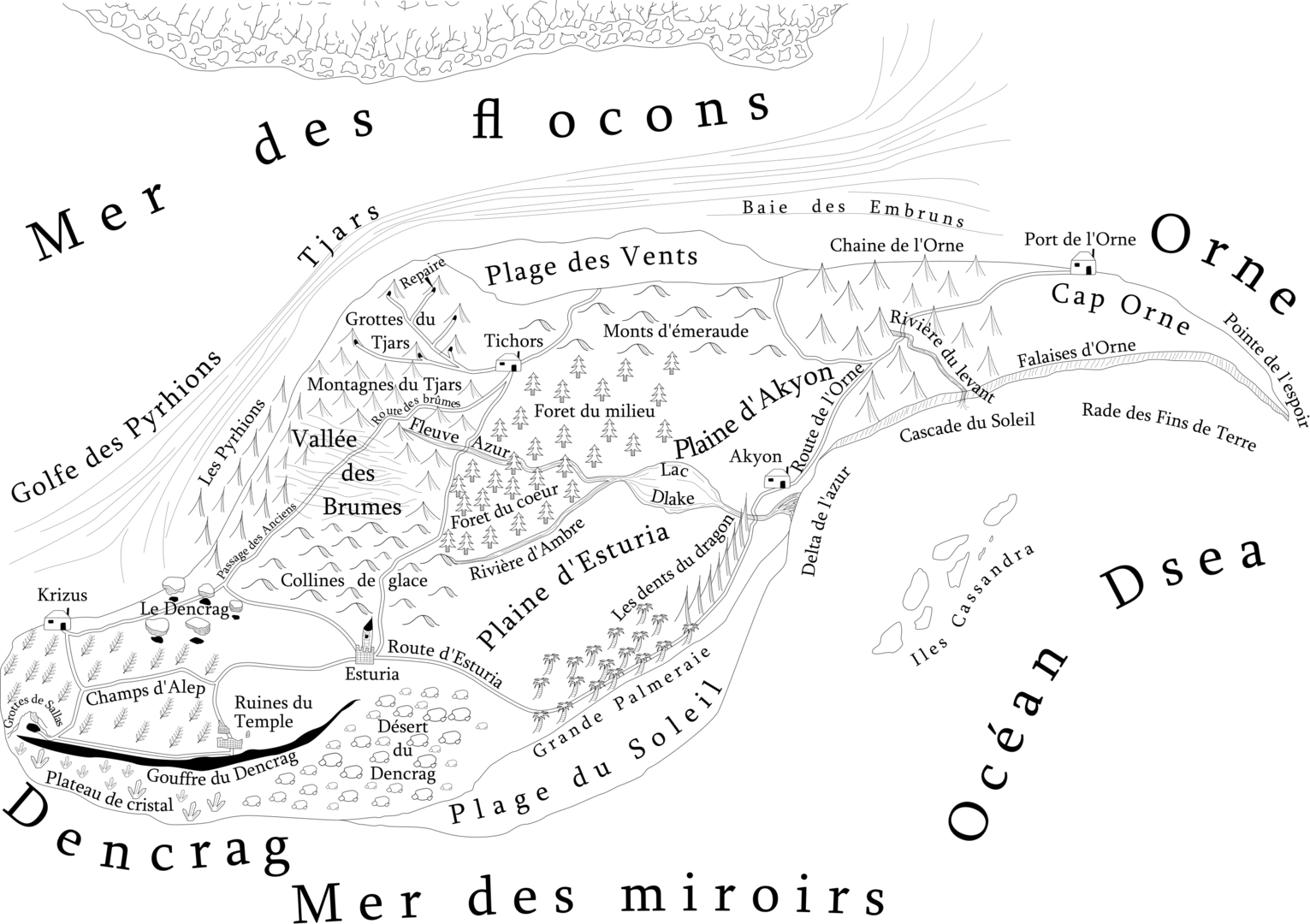